I recently attended a workshop, Cohesion in Second Language Writing, delivered by Mark Johnson from East Carolina University. For those of you interested in the topic, you might consult Mark’s article, Improving Cohesion in L2 Writing: A Three-Strand Approach to Building Lexical Cohesion. While I expected to learn a great deal in a workshop that fell outside of my normal work purview, I was surprised to find myself reflecting on certain parallels between lexical cohesion and course design. From Mark:

For me, this echoed some of John Dewey’s thinking about prior experience and its role in learning. Constructivism suggests that learners build new knowledge by connecting it to the context of their prior knowledge and experiences. In the same way that a written passage that lacks cohesion might come across as nonsensical, de-contextualized learning experiences are similarly bereft of meaning and significance. 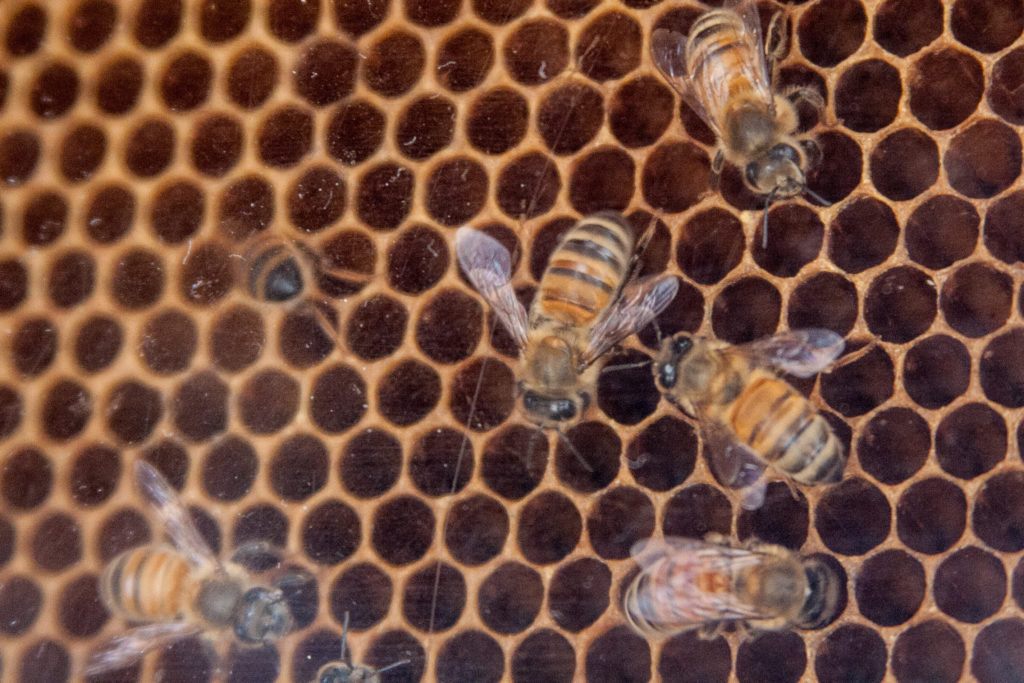 In Democracy and Education, Dewey offers up an example from bees that suggests the importance of cohesion in learning:

The results of the bees’ actions may be called ends not because they are designed or consciously intended, but because they are true terminations or completions of what has preceded. When the bees gather pollen and make wax and build cells, each step prepares the way for the next. When cells are built, the queen lays eggs in them; when eggs are laid, they are sealed and bees brood them and keep them at a temperature required to hatch them. When they are hatched, bees feed the young till they can take care of themselves.

Now we are so familiar with such facts, that we are apt to dismiss them on the ground that life and instinct are a kind of miraculous thing anyway. Thus we fail to note what the essential characteristic of the event is; namely, the significance of the temporal place and order of each element; the way each prior event leads into its successor while the successor takes up what is furnished and utilizes it for some other stage, until we arrive at the end, which, as it were, summarizes and finishes off the process.

An obvious take away, and one that is regularly turned to within educational design discussions, is that learners benefit from thoughtfully aligned instruction designed backwards. Establish objectives, design assessments to measure those objectives, and structure instructional activities that facilitate the learners’ transition from where they are to where one hopes they might be. One might then extend this thinking into the digitally mediated (or online) learning environment. Is one’s course (course site, digital learning environment, etc.) designed in a cohesive manner? Does each activity connect to and build upon the prior one? Is it clear to the learner where he, she, or they might go next?

Overreliance on conjunction to achieve textual cohesion often leads to texts that are formulaic and seemingly disjointed.

Lest you worry, cohesive course need not to lead to an overly formulaic or “dumbed down” experience. To the contrary, an overly simplistic design might itself hinder cohesion. Johnson’s research on cohesion in language instruction provides us with a corollary: an over-reliance on teaching conjunction.

The focus on conjunction is no surprise for two main reasons. First, conjunction as a method of achieving cohesion is easy to teach and to learn. Conjunctive adverbs can be classified by their discourse function and can be easily plugged into students’ writing to help them achieve a level of cohesion that they could not achieve without the use of conjunction.

But later on, Johnson points out that:

L2 writers’ overreliance on conjunction to achieve textual cohesion (Hinkel, 2001) often leads to texts that are formulaic and seemingly disjointed because the flow of information may not match reader expectations.

A cohesive learning environment can help a student make sense of a class and its content in the same way that lexical cohesion allows a reader to better make sense of a text. Learning activities and experiences should follow in ways that engage learners by providing context and connecting to their prior experiences. At the same time, one should avoid leaning too heavily on design “conjunction.” From the standpoint of coherence, an overly formulaic course design can be just as problematic as a random collection of content. Course design should be logical, but not simplistic. The teacher can scaffold learning with a well-designed environment while still setting a high bar for one’s students.